Monday, 10 February 2014 1 comment
Now, this isn't the nicest subject to write a review on but one which I thought I would share as you might find it helpful.  In particular, its for those people who suffer with cold sores, all of us that do know that the Winter months are a real trigger point for us and its pretty horrible, not only do they look bad, they feel awful and I don't know about anyone else, but I feel decidedly under the weather when I've got them.  So all in all, not great, right?

I'm always on the look out for a new product to try to limit the damage, I can't stop them from happening but I can try to make the healing process slightly quicker.  I saw these Compeed Coldsore Patches in Boots so I thought I'd give them a try.

Basically, its a small round sticky patch infused with medication on one side which seeps into the skin once attached to the sore.  The point of the patch is to aid faster healing and to protect the sore from outside elements.  Once they stick, they stick, its difficult to peel it off and start again without it being quite painful so its wise to make sure its in the right place, use a close up mirror and be careful not to get your fingers on them too much as it wipes off the bit that's going to help the healing!  Once the patch is on you can put make up over it (I use a tiny bit of concealer and mineral powder) but I've found that less is more, the more you try to disguise it the more visible it seems to be so I now go careful on the make up.

The patches are designed to to last 8-12 hours, they need to be removed very carefully to avoid pulling at the skin underneath, I do it at the end of the day when I wash my face.  I found them to be really good, it definitely reduced redness and they healed much quicker than with cream.  They are a bit fiddly to put on but once they're on that's it you can pretty much forget about them.  There are very good instructions inside the packet, usually I'm bad with instructions and chuck them away but I will say these are worth reading. 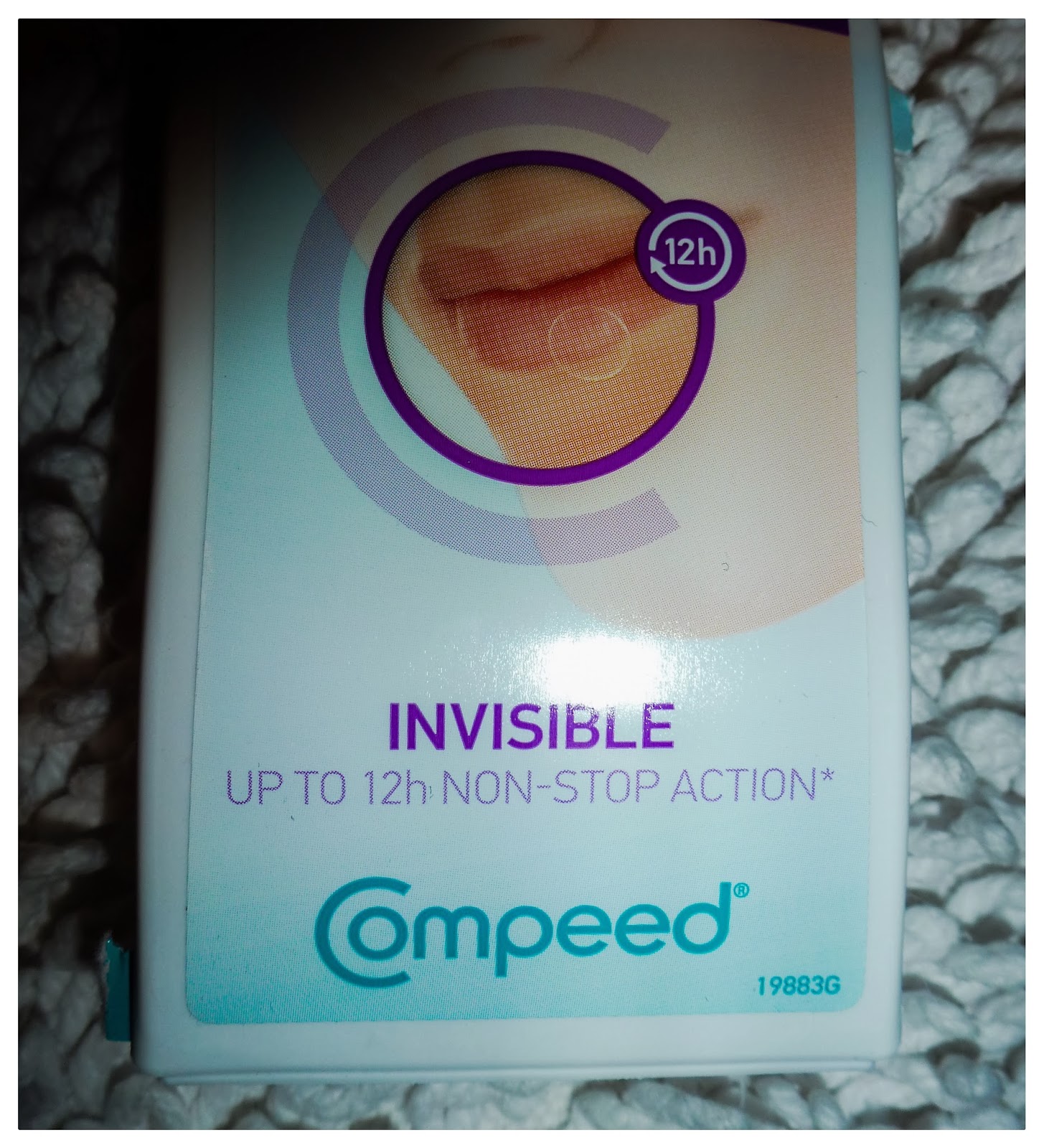 I think there are about 15 patches in the packet, I found that I didn't use the entire pack because after about two or three days they were getting better and I just used my normal cream.  I know that stores like Boots and Superdrug do their own version of these patches and they are cheaper, but not by much, however I can't say whether they work as well as I've not tried them.

I hope the rest of the Winter is cold sore free for us all!