I need to talk about the new Lisa Armstrong for Avon range.

I've not ordered from Avon for ages, years in fact but recently a lovely school friend from back home has become a rep and you know you can order online on their shop page and then have it delivered direct to you?  Well I did that.  It arrived really quickly as well.

I could have bought more, obviously, but it was before Christmas so I thought I'd better start small with the first order.  So other than some Skin So Soft I ordered a couple of products from the Lisa Armstrong range.  Now Lisa (incase you don't know her) is famous in the UK for two things, first for being a top notch and highly rated make up artist who has worked on all sorts of TV and fashion shows (and the BBC's Strictly Come Dancing I believe, amongst other shows) but also because she used to be married to Ant McPartlin from Ant n' Dec and had the most awful time in the media when she was going through her divorce, bless her. 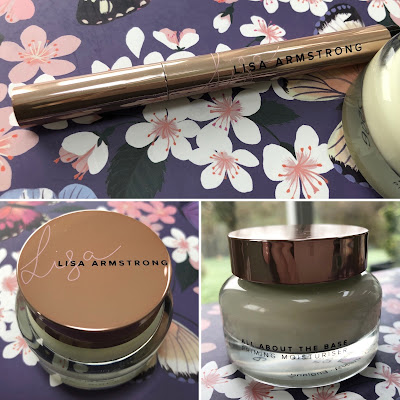 So the first thing I went for is the Light Up Concealer because I did need a new concealer.  It's in pen form like Touch Eclat so easy to apply and I'd had something similar from Avon before so I thought it would be good.  The nice thing about this pen is that it does a lot of stuff, it conceals, it brightens, it's brilliant under eyes (because it's not heavy or thick) and you can also use it as an eye shadow primer.  So what's not to love?  It comes in several shades, I chose Shade 1 because I'm super pale and it's a good match.  So far I haven't used it as an eye shadow primer but it's worked beautifully for everything else.  Also it only costs £12 which is great for a really good concealer I think.

I only have one tiny complaint and that is that the brush is quite small and thin, I'd have preferred slightly thicker brush but it's minor and it won't stop me repurchasing.  Link to Light Up Concealer 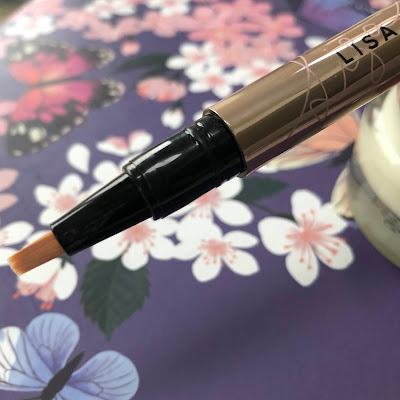 All About The Base Priming Moisturiser

I bought this thinking it was a primer but really I do believe it's more of a moisturiser.  I guess the thought behind it was that it was a moisturiser that you could use as a primer too (voila - a 2 in 1) but I prefer mine separate really.

So, while I am sure it does a brilliant job as a primer, I can't really vouch for that.  What I can vouch for however, is that it does work beautifully as a night cream.  I don't like night creams generally because they always seem to be quite heavy and don't sink in particularly well but this is really lovely.

It's made up of Vitamin C and Shea Butter and has a lovely scent.  I couldn't work out what it smelled like so I asked my kids and they came up with "summer candles" "lemon sherbet sweets" and "that mosquito spray we use" so I'm guessing it's tone is lemon 😆 - to be fair when they pointed it out they were right, it does have a lemon smell to it but not sickly, just very refreshing and quite cooling on the skin too, I thought.

This retails at £15 for 25g,  a little bit goes a long way too so it should last a while.  Link to moisturiser. 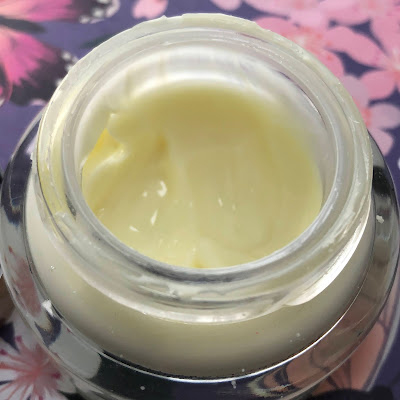