Tuesday, 15 September 2015 2 comments
As someone with curly hair you'd think that I wouldn't have to buy products to make it curly wouldn't you?  No, if I want a more structured curl rather than my own windswept mass I have to use rollers, or a curling wand.  I'm OK with the curling wand but I find bendy rollers much easier and less time consuming.  I buy my bendy rollers from Sainsburys or Superdrug, they are really not expensive and a great way to get a bouncy curl.  You get about 8 or so in a packet and they last quite a while (but don't let the dog get hold of them though, I made this mistake once, he enjoyed chewing them but they weren't exactly useable afterwards! 😂)

Putting The Rollers In

I'm sure there is a scientific way of actually putting these rollers in and I should probably see if I can find someone on YouTube to teach me, but I do it in a kind of haphazard way and it seems to work for my hair. I blow dry it first and put some curl cream in it, or a little bit of beach wave spray before I put the rollers in.  It helps my hair if it's slightly damp and I leave them in for fifteen minutes or so. 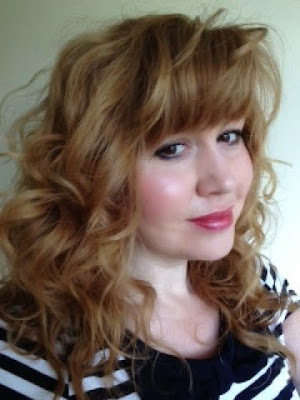 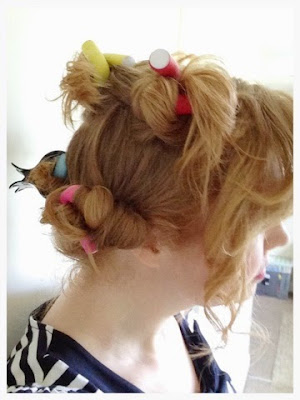 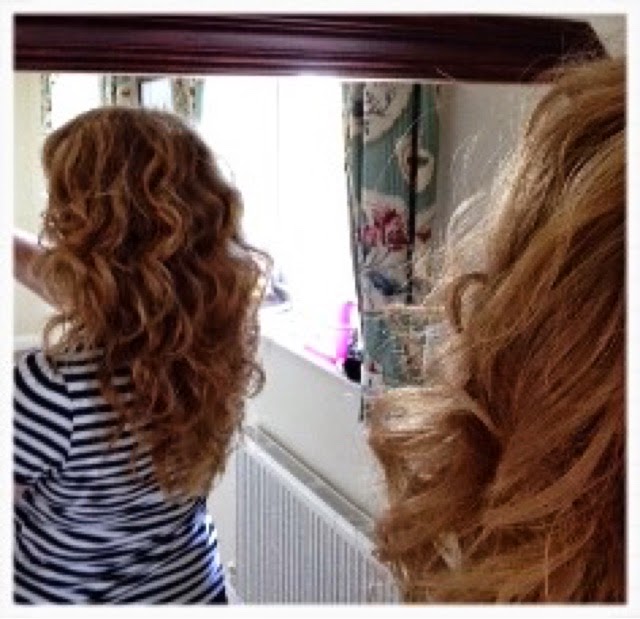 The result is a nice structured curl rather than my usual bed-hair-even-when-its-just-been-washed type style.   What I like about these curlers is:

a) they don't snag my hair, or get tangled in it
b) they aren't hot so I don't burn my fingers which does happen sometimes with my heated rollers
c) I can pop them in really quickly so if I'm in a rush and having one of those mornings where I really need to multi task a lot its perfect, I can whip them out just before I leave the house, grabbing the kids, school bags and PE kits at the same time.

I go through phases with rollers, I won't use them for months then I'll use them all the time.  It's nice to have a choice of heated or these bendy ones and the curling wand too (though I burn myself a LOT with that I must admit).

The bendy rollers I use are from Sainsburys for £3.00 and there are 8 in a packet.  You can also get them from Tescos and Superdrug.  Leo Bancroft the celebrity hair stylist also does some for Sainsbury's they are black and a little bit thicker so the curls are a bit wider (which is nice if you want a change).

As they are basically a bit of sponge with a wire in the middle they do tend to poke through after a while and then you have to chuck them away but they are easily replaceable and I don't mind as they are inexpensive.  I've also taken them on holiday and used them on damp hair and let it dry.  They aren't heavy or cumbersome so good for travel.