Wednesday, 21 January 2015
I received this So Susan concealer palette in a Glossybox last year, I think it was way back in the summer.  I hadn't really heard of So Susan before I subscribed to Glossybox but since then I've tried quite a few of their products as Glossybox really seem to like them!

Anyway, this is quite a sweet little concealer palette, it's a quad of colours that will suit the majority of skin tones I should think as the concealers go from very pale to quite dark.  It is compact enough to go into my handbag during the day for top up situations too and is non-comedogenic and full of lovely, nourishing ingredients so it doesn't irritate the skin.

To be honest, I've been using the same concealer for a long time so I was a bit dubious about trying something different, after all, concealer is a base and if you don't get the base right then it has an effect on your entire face doesn't it?  I was worried that it wouldn't "stick" i.e. it would slide off and my blemishes would be revealed rather than concealed, not a good look!  But I needn't have worried, as well as only needing a teeny bit of this (it'll last a while) to cover up, it also stayed put pretty much all day, well as long as my other one does and that's all I was asking for anyway.

I'm not usually particularly struck by the packaging of beauty products.  I know some people are but I'm generally more bothered about the actual product rather than the presentation but I have to say that I think So Susan have got this right, its just really classy, I really like it.

This So Susan concealer palette costs £18.95 from www.sosusan.com the website is great some of the products cost more than others but it is worth a look.  I did quite well to get this through Glossybox as it is a full sized item. 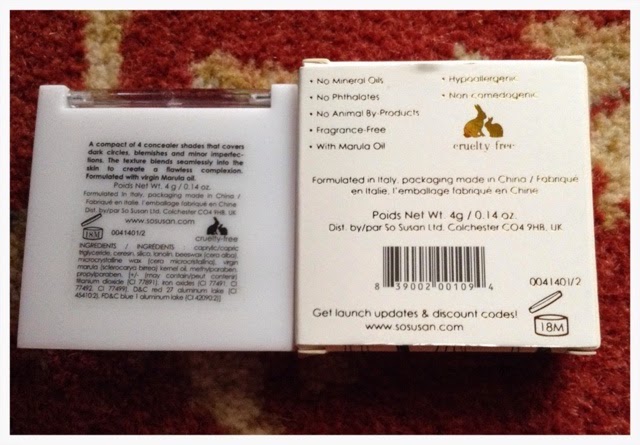 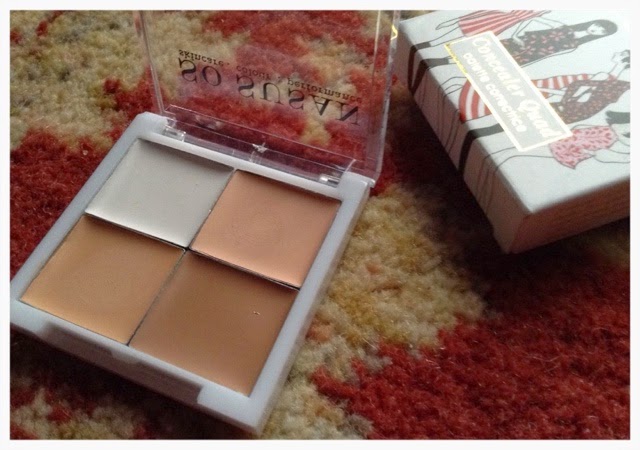