This Week | Review in Pictures

Sunday, 23 February 2014
Morning beauty bloggers, hope this week has treated you well.  This post is a bit different for me, its just a bit of a review of my week so its not really beauty related.  Its been half term so the boys have been off school, I'm not a big fan of the February half term, whilst its nice not to have to do any soggy school runs, generally the weather is not good which means that we're all cooped up inside and the boys are rather noisy and boisterous so I have a permanent headache and my nerves are shot to pieces plus my level of nagging goes up which is so tedious, not only for them but for me also!

Anyway, I thought I'd take some photos of the week and then explain each photo, so here goes. 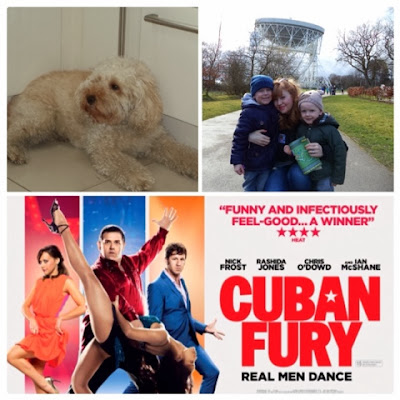 Photo 1 - Dog
This is my lovely Cockerpoo, he's on the review list because I've spent all week on the phone trying to get him into a groomers as he's well overdue for a cut.  Eventually, the Cheshire Dog Spa rescued me, they can take him in a fortnight but that's the earliest appointment.  There are obviously a lot of scruffy dogs out there in need of a pampering!  He's also on my list because its been so wet and his cute little dirty paws have been all over my kitchen floor all week.  I was waging a one woman battle against said mud but I've given up and now I just wait till it dries then hoover it up.  I also keep a towel by the door and wipe his paws when he comes in.  He's very good, he knows to sit and offer his paw - bless.

Photo 2 - Me and The Boys
This is a photo of me and my two youngest boys, on Wednesday afternoon we took a trip out to Jodrell Bank Discovery Centre, you can just about see the Lovell Telescope in the background.  Photo was taken by my eldest son with the new camera he got for his birthday, he was very serious about it!  Jodrell Bank is a great place, particularly good if you've got kids that are nuts about space like mine, link to website is:  http://www.jodrellbank.net/

Photo 3 - Cuban Fury Film Poster
Last Sunday my mother in law rescued me and hubby and sent us out to the cinema.  I was in a really bad mood having had quite a stressful weekend and I really didn't want to go but I underestimated the power of a good film.  I can honestly say by the time I came out I felt better.  We saw Cuban Fury, it wasn't the best film I've ever seen but it was funny and engaging and the dancing was really good! 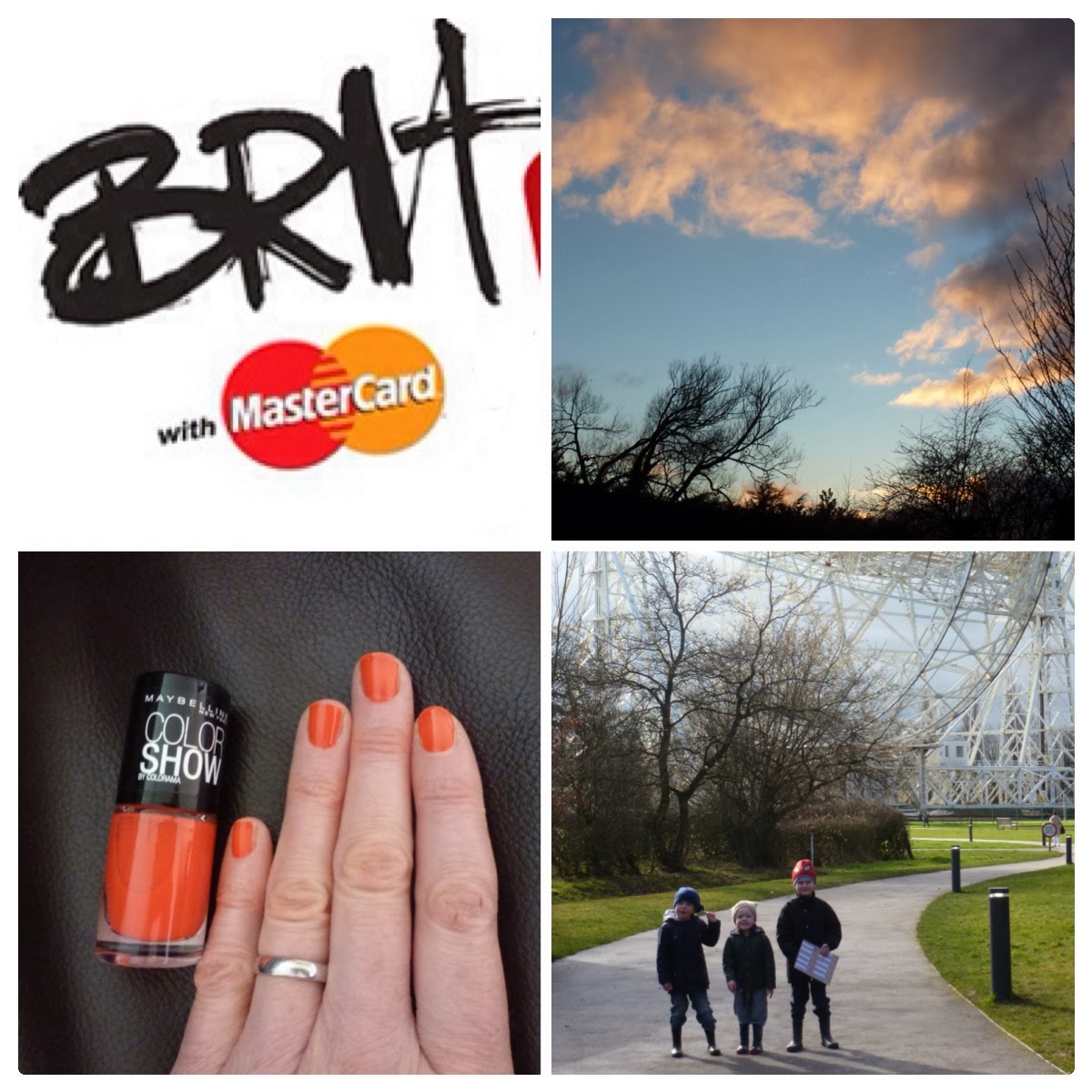 Photo 4 - BRIT Awards
No, I didn't go to the BRITs but I did watch it on TV this year and I worked out its the first time I've watched it all the way through for about 10 years!  I have to say I really enjoyed it, I was cleaning the kitchen at the same time (boring) and it took my mind off the housework.  I think my favourite of the night was Ellie Goulding, she's so humble but such a gorgeous rock star at the same time.  I've also put together a little post on BRITS beauty as I love having a nosey at the dresses, as you'll know, its my favourite thing!  Not quite finished yet but should be up by Monday.  Actually, that's tomorrow.  Best get moving.

Photo 5 - Sunset
This was the one and only sunset last week, as it was particularly grim all week, very cloudy and wet.  This was taken about 5.15 pm, I grabbed my camera and took it before it all disappeared.  This photo reminds me that there IS sun behind the clouds!

Photo 6 - "Urban Coral" Nails
This is me show casing last weeks' nail varnish.  I bought it the other week, its Maybelline Color Show and the colour is "Urban Coral".  Now, I'll admit it does look orangey in the photo but its definitely coral in real life.  Plus I think I only had one coat on at the time, its better with two.  I was impressed with it, it the two coats lasted three days before I got annoyed with the chips and took it off.  As I've said before, I'm heavy with my hands so three days is quite good for me!

Photo 7 - The Boys
Finally, a photo of my little boys standing in front of the Lovell Telescope at Jodrell Bank.  I spy a shadow in the photo which means that its possible the sun was attempting to shine.

Hope you've enjoyed this little review, its been nice to do something a bit different.  This week I've had lots of new ideas for the blog and I'm also going attempt vlogging once I've got the hang of the videoing and the editing, I won't tell you to watch this space as it may take some time!

Have a good week.